A downloadable poop for Windows

YOUR CATS ARE YOUR INVENTORY, BRING THEM HOME SAFE.

You are a Ghost Cat Mama with a Absolutely Massive Gun, You gotta keep your living babies fed and healthy against wasteland they are walking through to find their floer 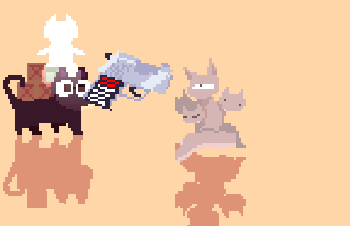 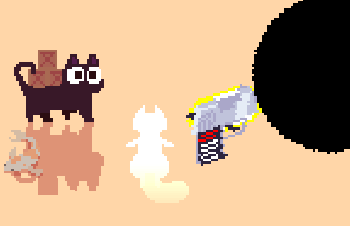 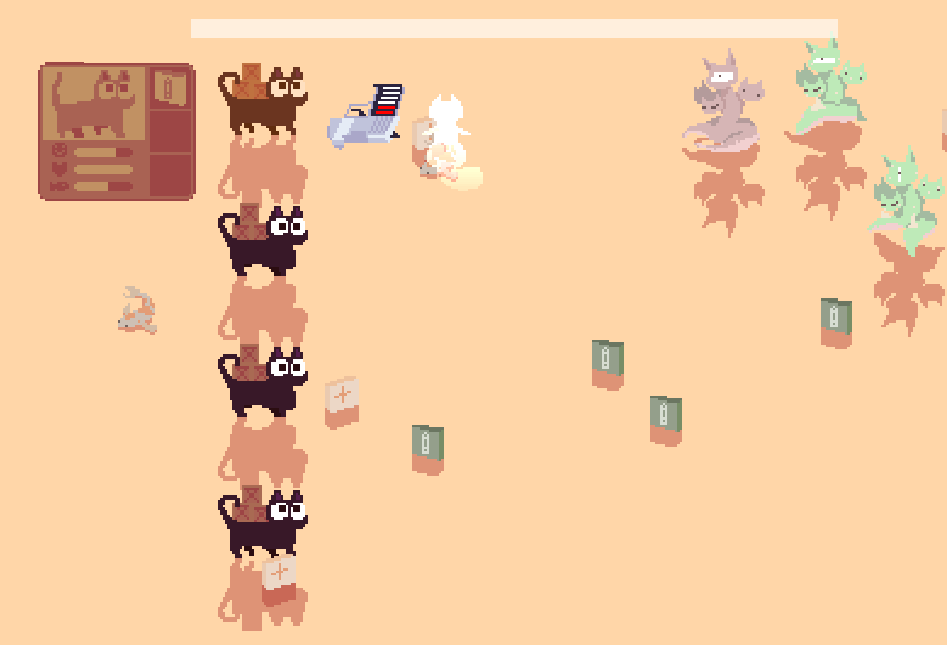 wow this game is adorable :3

both the art and the gameplay are cute and very enjoyable. although there seems to be a  bit of confusion on how to use and pick up items at the start, it actually made the game more fun for me because I was able to play it over a few times to perfect my technique lol. (the tutorial was also very helpful!)

overall, this is really unique and impressive for a game made in 2 days, I love it! can't wait to see more :)

First of all, the art is superb! I really like the music (lavender town vibes) and story as well, both sad and incredibly sweet.

It's nicely polished game, just needs some more varieties of enemies mainly, I think. It would be nice if there were more levels as well.

It would be cool if each baby cat was more unique as well, in both look and what they offer. So like, one cat maybe fat and eats fish immediately if you give to them, but they give extra ammo if you give them bullets. Something along those lines.

Hunger doesn't seem to do much, as far as I can tell.

I also think it's a little confusing that you grab stuff with with the mouse cursor, and not the ghost mama herself. Because the mouse cursor is used to aim the gun, so my brain didn't think it could also grab stuff. Maybe if you had a custom, in-game cursor, like a paw, that wouldn't be an issue.

Maybe that's just me though. I don't know.

Overall, really enjoyed it! Love the level of polish you put in, even adding in a tutorial at the start. Which is rare in a game jam!

Hope to see you in more game jams! :D

thank you so much for the input! i know it wasnt communicated clearly but once hunger reaches zero health starts dropping too, the effect isnt to great though so mutants become the main worry, needs some balancing tweaks.

Gameplay is unique and fun, and this game has CATS! OMG LOOK HOW CUTE THEY ARE 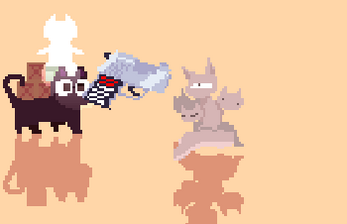 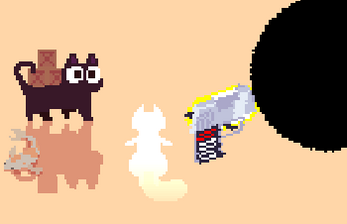 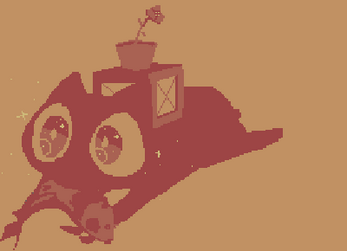 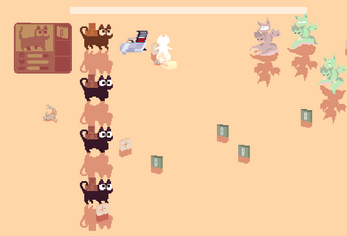